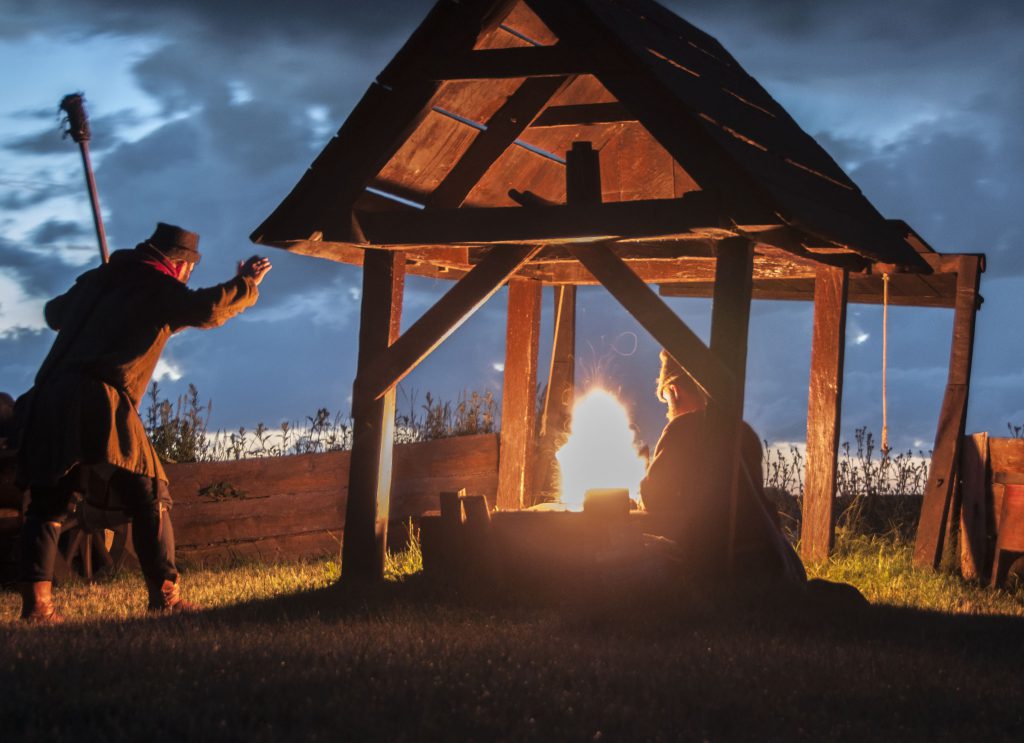 We do not portray knights, but instead show the common soldiery connected to the Hanseatic towns of the time. We travel throughout Europe to show the daily life and equipment of hanseatic mercenaries/conscripted militia. As is customary within Swedish reenactment, we perform both living history and battle reenacment, all year round.